Discover project by scrolling down

In the compelling life size paintings he renders the contours and features of the face and the nuances of skin texture and colour in strokes both bold and meticulous. Simplifying the facial features of his human subjects rendering them in layer upon layer of paint, which is at times wholly abstract. Intense pinks, reds, and browns erupt through pale skin tones, disclosing the internal workings of the painting like the flesh and blood of a living organism.
The objective of the exhibition is first and foremost raising people’s awareness of the positive sides that come from prostitution. For many years, people have confused prostitution with human trafficking, which caused for a great deal of awareness already. This awareness is much needed, because human trafficking must be stopped. But prostitution is more than just that. Many people work in the sex industry because they see it as their only means of alleviating serious financial problems. Other sex workers are not poor, but simply enjoy that type of work and receive both income and personal satisfaction from it. They work like you and I, only they do not receive benefits or don’t have the same rights as you and I. For customers, there is no reason their freedom should not include the right to purchase the companionship and affection they may want but, for whatever reason, don’t find in other aspects of their lives.
By forcing prostitution out of places where it would more naturally be found, such as in brothels or near motels, the activity is driven into the streets of neighborhoods where it otherwise would not exist. As a result, residents of these neighborhoods are exposed to the activity against their will. Another consequence would be an increase in danger on the streets. Prostitutes whose jobs involve working at night and getting into cars with strangers can be, and often have been, easy picks for rapists, serial killers and other socio paths. Potential clients should be able to go to permitted places, where prostitutes can work in a clean and safe environment. That way, the neighborhoods who do not wish to be associated will be happy too.
The advantage of prostitution is that it offers a solution to people with strong sexual urges. They can answer to their needs without getting desperate and resorting to rape. The strictly physical act gives both parties a clear view on what to expect before, during and after the act. There is a demand, the demand gets fulfilled and a payment takes place. No one gets hurt physically or emotionally, and there is no real emotional bond because of the nature of the business transaction.
Call me Frank states that sex is an important part of modern day society. Not only for procreation, but also as a social interaction, as an exhaust valve for everyday frustrations. He claims not to be an extrovert person himself, meaning to be reasonably prudish even when it comes to sex.  “ Even when I watch porn I don’t get aroused by anal,  gagging , trio or any extreme fetishes. I like the regular woman-man porn without any ridiculous plots.”
Having spent a decent amount of time studying his subjects in red light districts, the artist raised the confidence of being able to imitate the atmosphere through his paintings and creating the awareness by introducing it in an art gallery. He tries to recreate the fantasy that appeals to the sex buyers. The feminine subjects in the paintings are of all shapes and sizes.  Similar to red light districts, there is someone for everyone. The inspiration for the subjects in the paintings come from magazine cut-outs, internet images and imaginary collages that shows the great selection of different physical types. They are life size paintings, and framed with recycled doors and windows, to enhance the feeling of the prostitution areas. 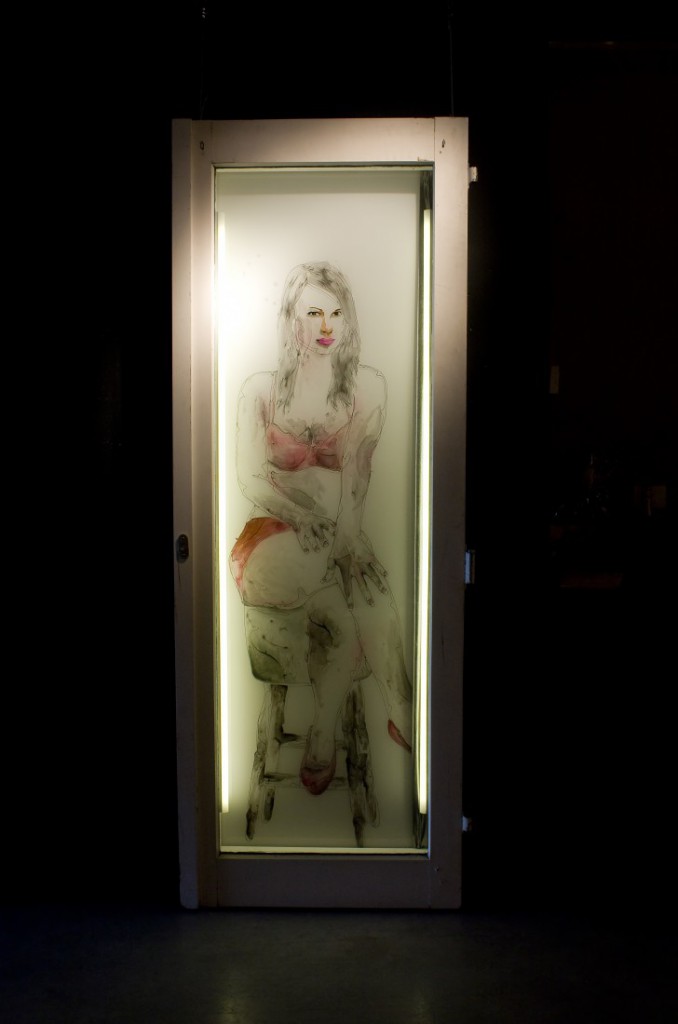 “Bambi” Full with light on 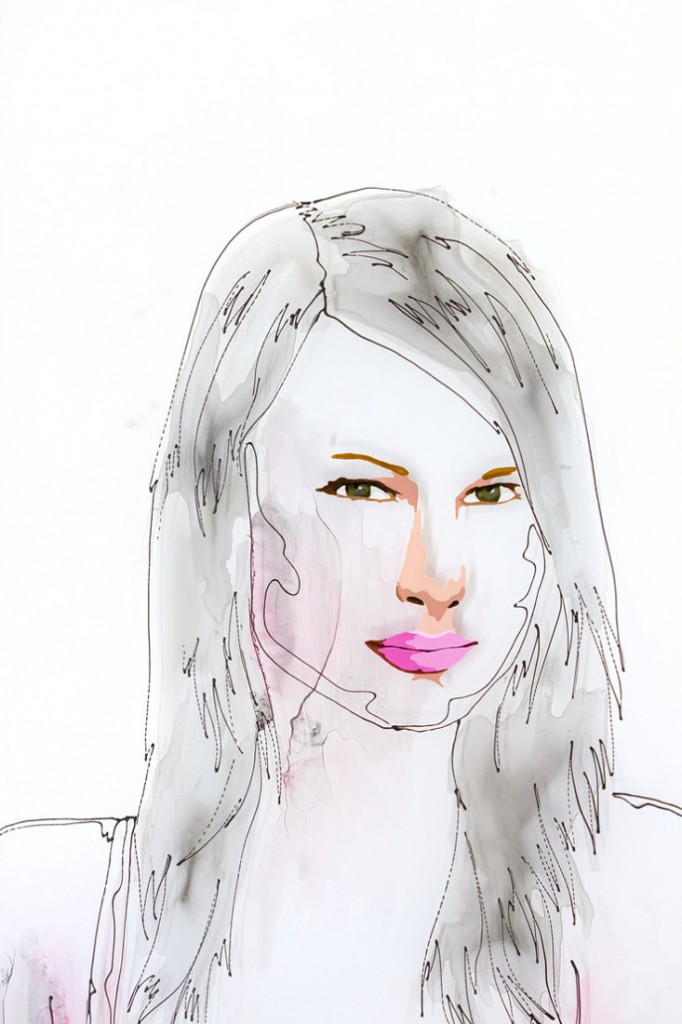 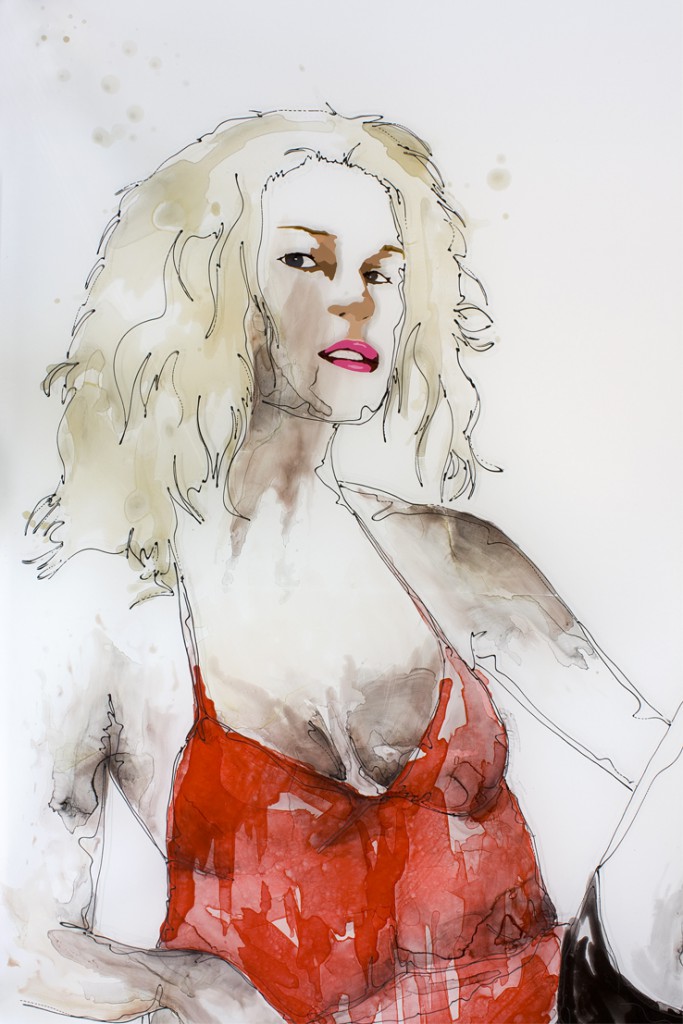 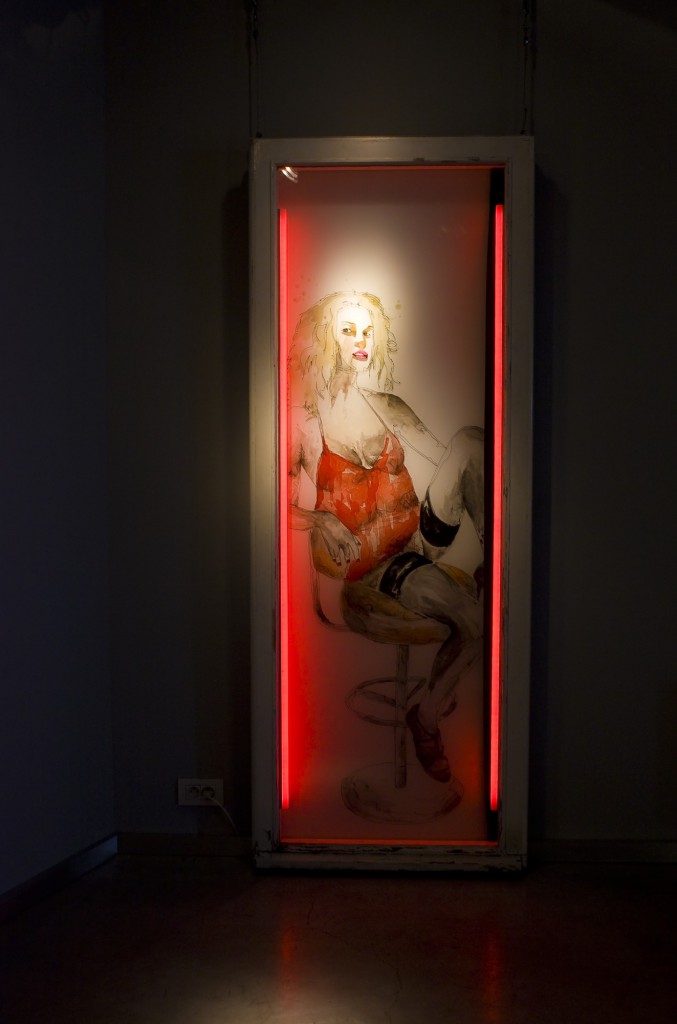 “Candy” Full with light on 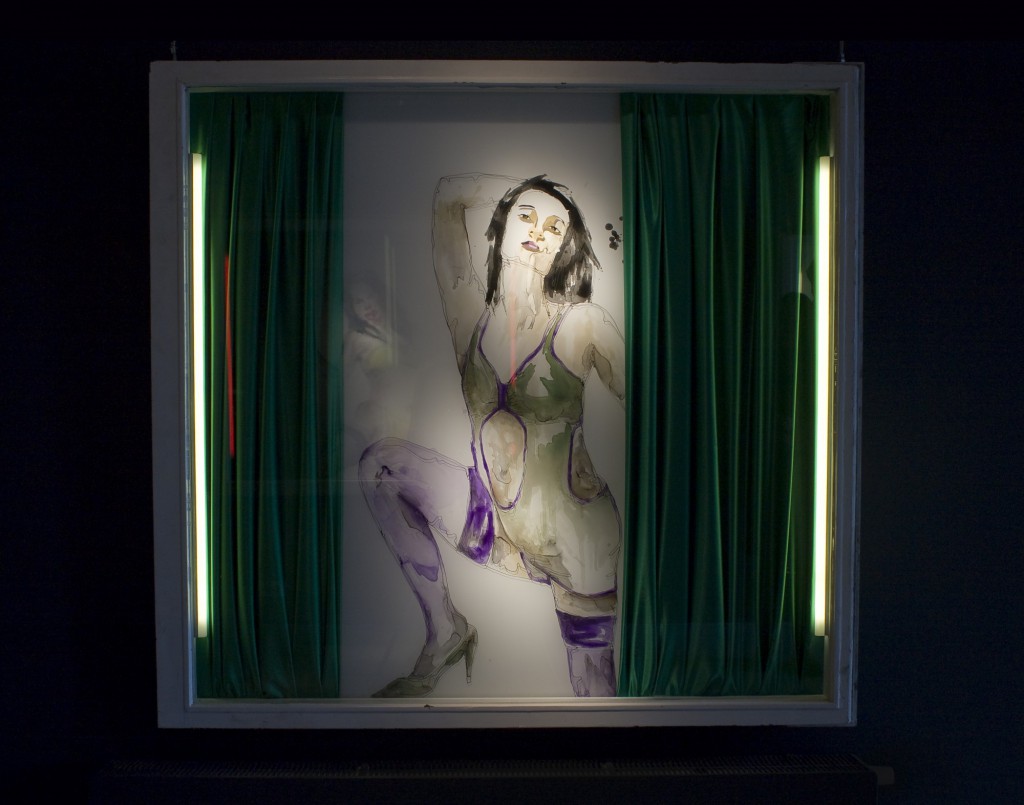 “Brandi” Full with light on 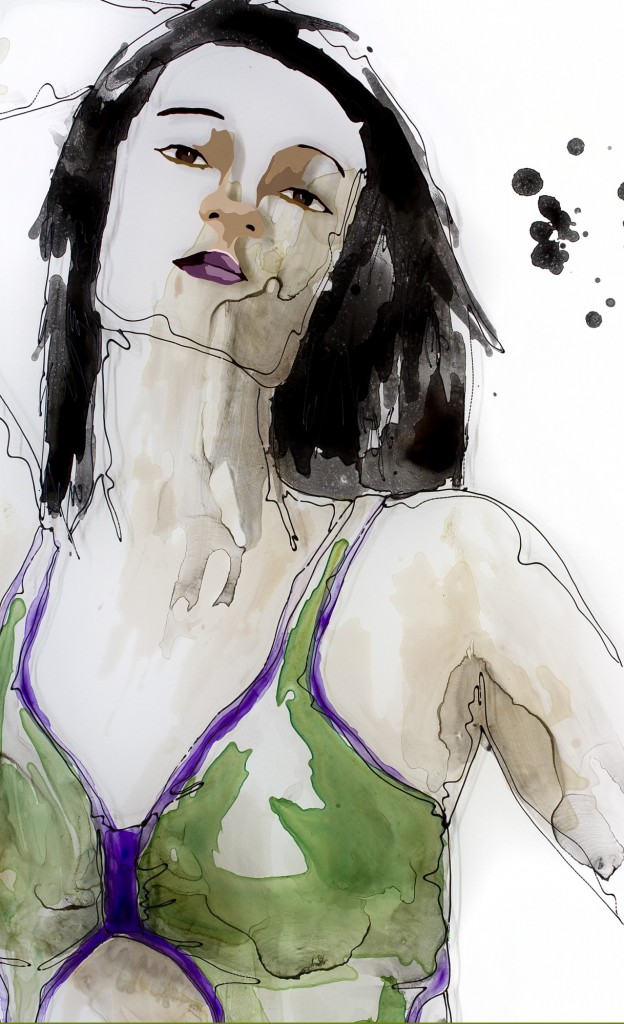 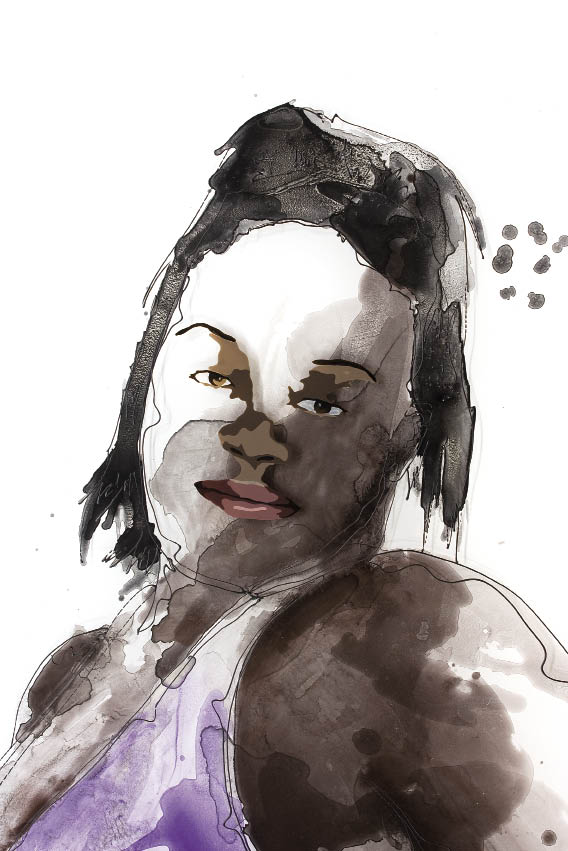 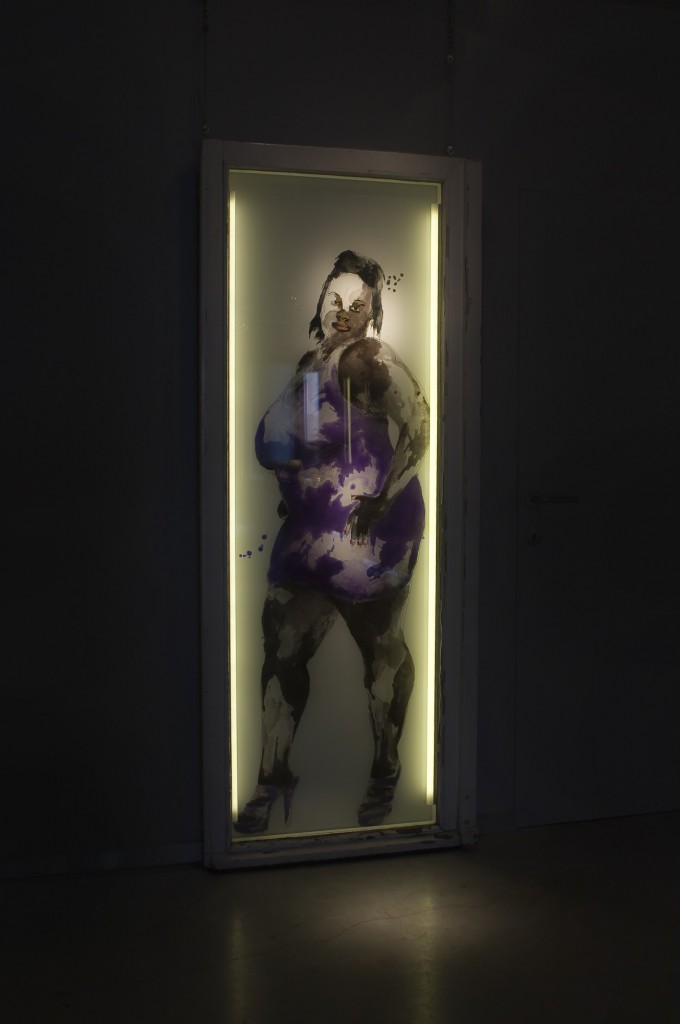 “Chastity” Full with light on 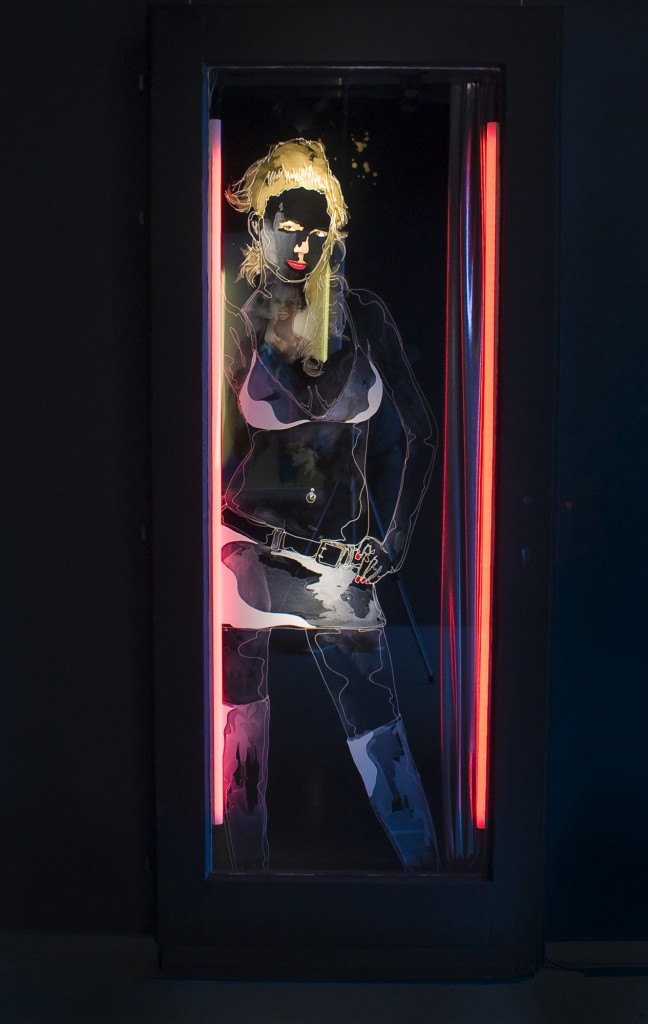 “Lola” Full with light on 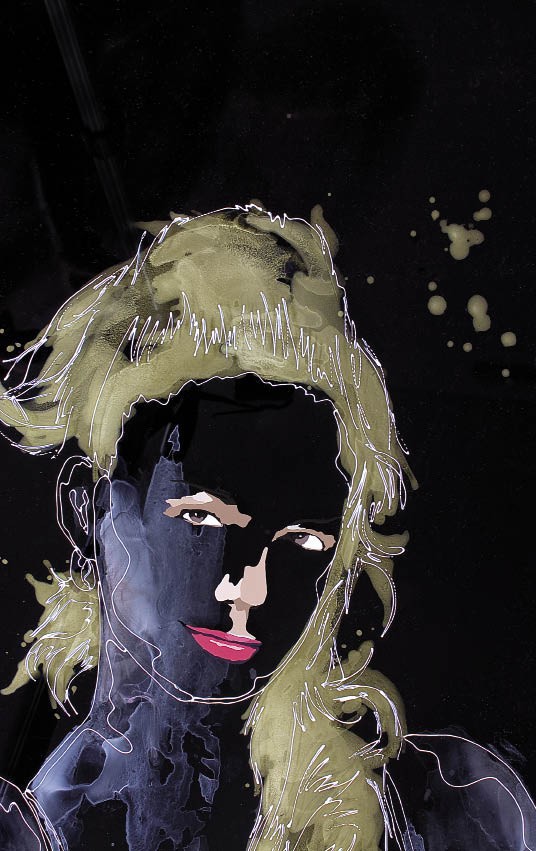 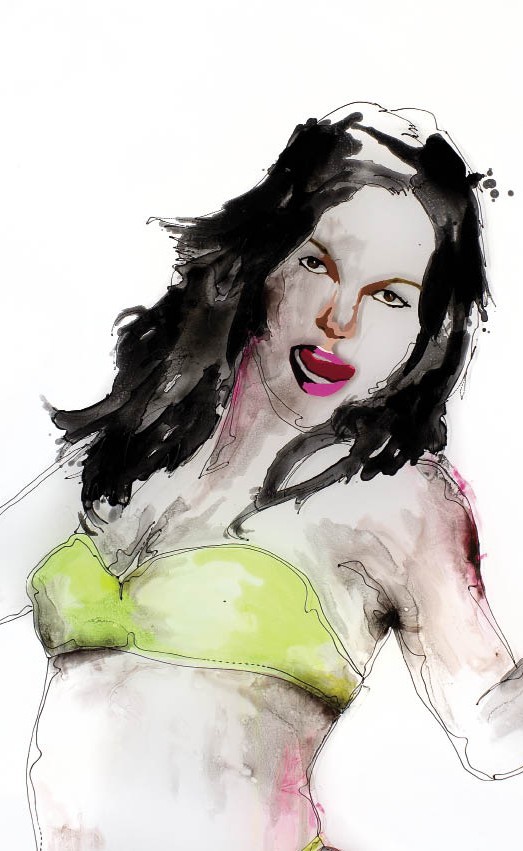 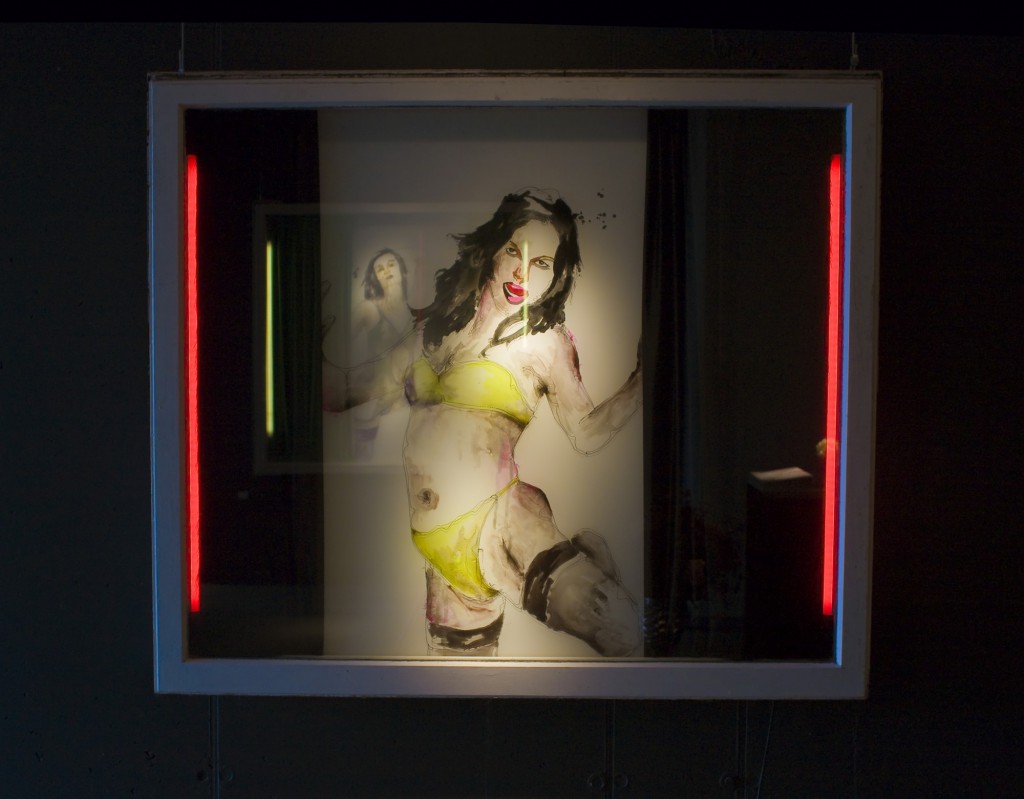 “Crystal” Full with light on 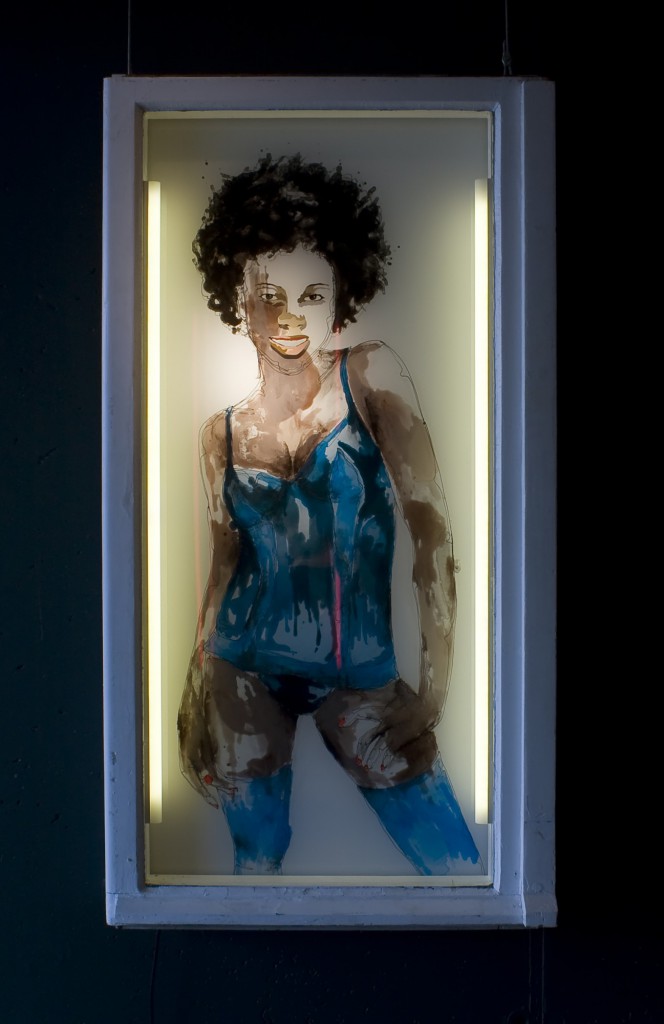 “Mystique” Full with light on 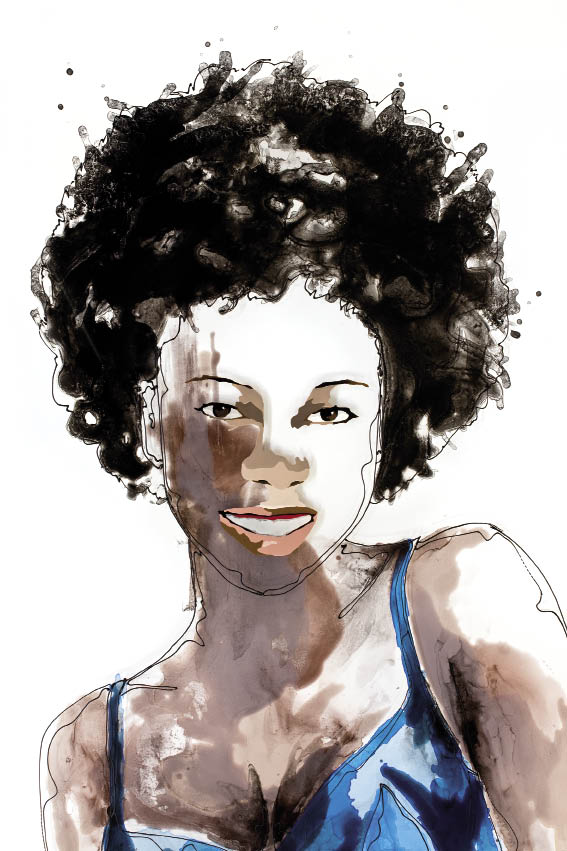 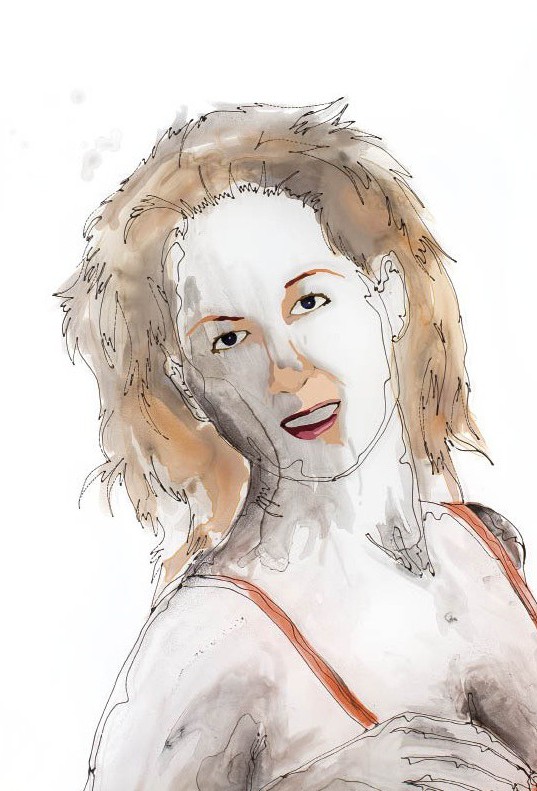 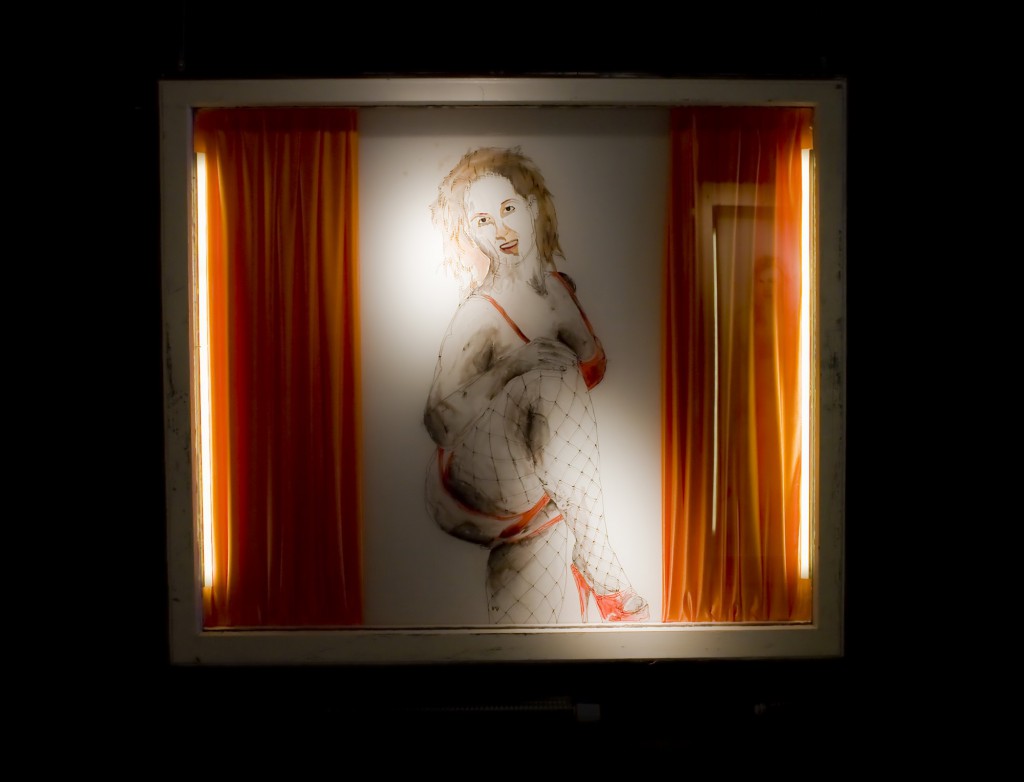 “Roxanne” Full with light on