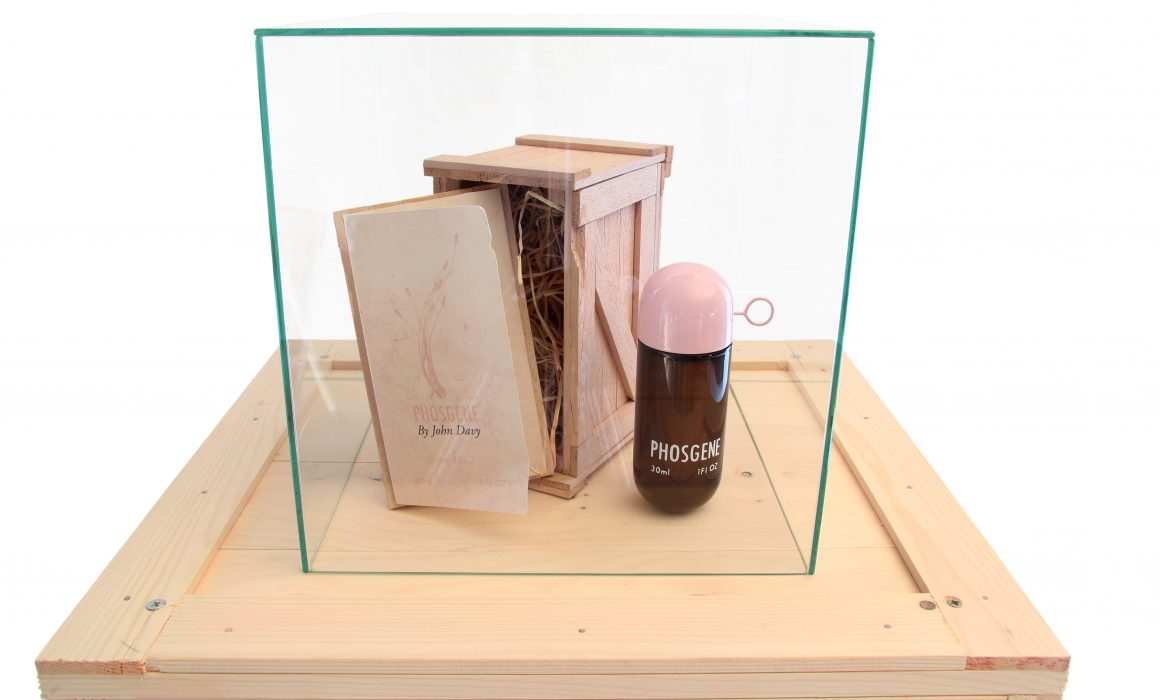 Most people know me for my paintings on plexiglass. But every year I work on a special project, to explore new ideas and new materials.

From 2011-2012, I worked on a project called ‘Project Warfume Agent’. For this particular project, I explored the correlation between the long term destructive force of chemical warfare agents in times of war, and advertisement in our modern society.

The series shows eight one-off custom designed perfume bottles labelled with their corresponding logos of toxic gasses. Each bottle contains subtle hints with information regarding the warfare agent, and the packaging refers to its type, origin and use of the toxic gas.

In this post, I’d like to tell you a bit more about one particular piece called ‘Phosgene’.

A bit of history 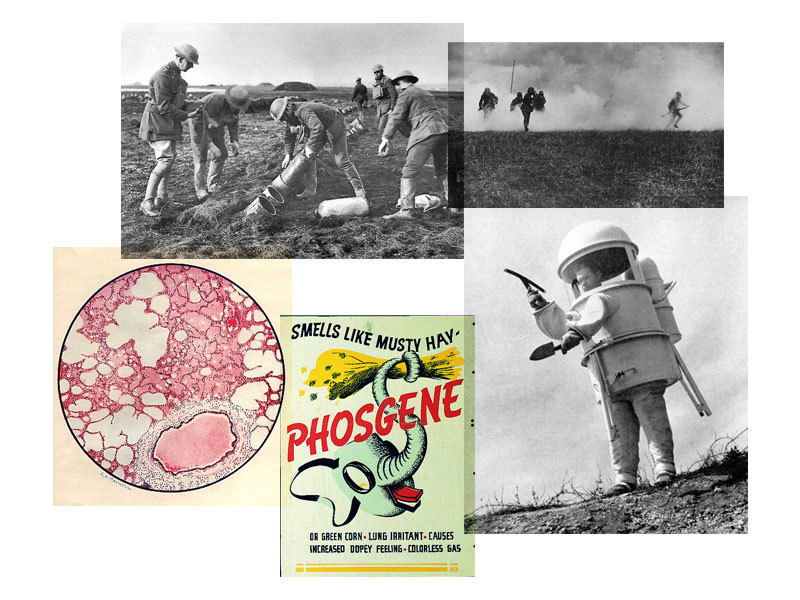 Phosgene is the chemical compound with the formula COCl2. This colorless gas gained infamy as a chemical weapon during World War I where it was responsible for about 85% of the 100,000 deaths caused by chemical weapons. It is also a valued industrial reagent and building block insynthesis of pharmaceuticals and other organic compounds. In low concentrations, its odor resembles freshly cut hay or grass.[5] In addition to its industrial production, small amounts occur from the breakdown and the combustion of organochlorine compounds, such as those used inrefrigeration systems.[6] The chemical was named by combining the Greek words ‘phos’ (meaning light) and genesis (birth); it does not mean it contains any phosphorus (cf. phosphine). 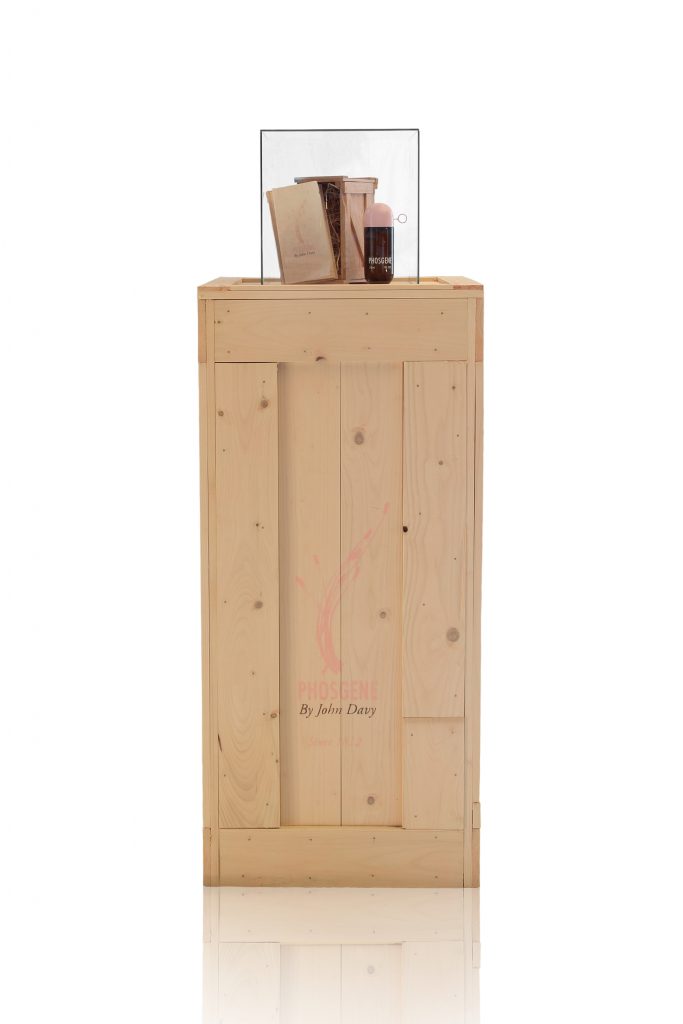 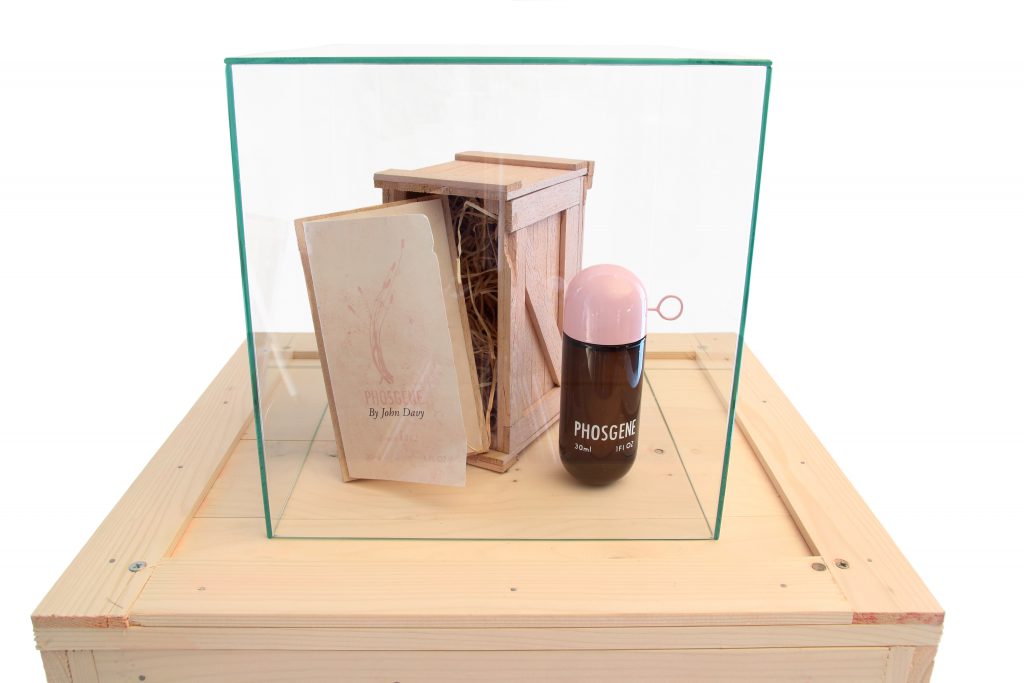